Skip to content
Home/Game On! Evaluating the Best Telestrator for Your Production
Previous Next

Game On! Evaluating the Best Telestrator for Your Production

GAME ON! EVALUATING THE BEST TELESTRATOR FOR YOUR PRODUCTION

Since the first uses of the telestrator in the late 1950s, the technology has been used to enhance the viewing experience with visual cues to highlight on-air descriptions.

Telestration in the 21st Century is used to visually analyze game-play by graphically enhancing and highlighting video. At ChyronHego, we refer to the resulting combination of replay, graphics and analysis as the “Illustrated Replay™”. 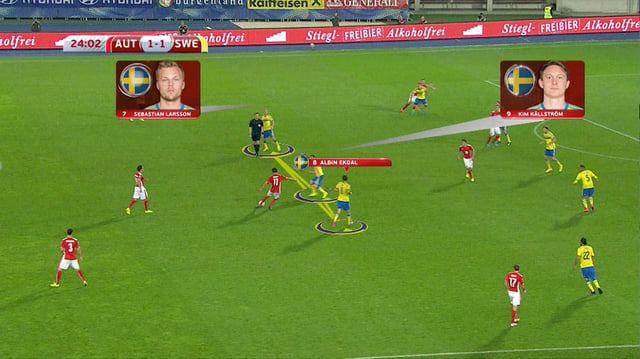 In the more than 50 years since its debut, telestrator technology has advanced significantly, as have the fans watching the game at home. Today’s armchair fans are much more intelligent and knowledgeable than they were just five years ago, and sports broadcasters must feed that with a better overall product – one that makes their product look better than anyone else’s.

When evaluating a telestrator platform or system, most producers and directors know, at a minimum, what they want it to do. They know the features they are looking for based on what they want to be able to present on the screen. But they also need to evaluate the value that a specific telestrator brings – not only to the viewer – but also to their production ecosystem.

In the fast-paced world of sports production, a telestrator must be fast as well as simple to operate, in order to create and deliver not only more content to viewers, but more visually creative and compelling content to viewers. And it must deliver this while having no impact on existing hardware, setup, or workflow. Indeed, the telestrator’s workflow must itself be massively efficient.

The real power of the best telestrator lies behind its feature-rich set of tools and its sheer simplicity of use. The result is a highly productive tool that can be used by anybody within a sports production team, replay operators, color commentators, anyone – whether they are behind the camera or in front of it.

The platform should, ideally, deliver an abundance of customization for branding in its output, reshaping the user interface (UI) for both new and power users, have a UI that can not only appear on camera, but branded as well for the broadcaster or a sponsor, and have the ability to expand features simply by adding licenses. All of these assets help to manage a telestrator’s total cost of ownership (TCO).

Then there’s 4K. While 4K might not be in your immediate future, the ability to input a 4K signal and manipulate it for traditional HD output for higher resolution analysis – especially with digital zooms – might be a benefit worth considering.

Adding a a telestrator to your next production can significantly add to your fans’ enjoyment of the sports experience. Telestrators are powerful tools, whether used in production or at the venue. But it’s the ability for a telestrator platform to be able to do all these things and balance the initial CAPEX cost (hardware and initial licensing) with OPEX flexibility (additional licensing) and operational simplicity that delivers true value to its owners.

ChyronHego announces that True Bangkok United Football Club (F.C.), one of Thailand’s most successful and popular football teams, has adopted ...
Read More
May 2, 2019

About the Author: Louis Tedesco

This site uses Akismet to reduce spam. Learn how your comment data is processed.