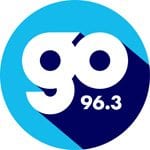 Go Media recently rebranded its flagship station with a modern alternative format and, earlier this year, added a sister hip-hop station. With these changes, Go Media is now the only Minneapolis radio company that can boast both formats for a solid advantage in attracting millennial listeners. The company has also added BringMetheNews, a website featuring local and regional news reaching over 1 million unique visitors a month and a radio news platform distributed to more than 46 radio stations throughout Minnesota.

“With our recent rebrand of 96.3, we wanted to be much more than just a terrestrial radio station. We wanted to find new ways to connect with our core audience of millennials, who are accustomed to consuming media on many different types of platforms and online channels,” said Sam Gagliardi, president and chief operating officer at Go Media. “When we first saw ChyronHego’s Visual Radio tool, we thought it had a cool factor of 10 — a great way to engage listeners on mobile devices, tablets, and desktops and keep them tuned in. Visual Radio is the premier offering in this space because it offers sophisticated and robust technology and yet is easy to deploy and use.”

Visual Radio adds a video component to Go Media’s programming by analyzing audio signals and XML data from the station’s existing automation system. Based on that data, Visual Radio automatically switches cameras, generates dynamic digital video effects, and plays graphics to air. In this manner, the solution plays the role of a live director, freeing up DJs and other presenters to do what they do best — put on entertaining radio shows.

Under the control of Visual Radio, Go Media viewers are able to access the Go 96.3 website (go963mn.com) at any time and watch a live stream of the current radio program. In-studio cameras highlight the DJs, as well as guest presenters and visiting bands. When a DJ cues a song for playout, Visual Radio matches the audio file with XML data for the corresponding music video and syncs the two together for playout. By integrating ChyronHego’s SHOUT social media editor, Go Media recently added the ability to display Facebook, Twitter, and Instagram feeds from the audience in the “lower third” area of the currently playing video.

Gagliardi estimates that up to 5,500 viewers access the Go Media video site every day, and up to 50,000 people watch the channel every month. With this success, Go Media is now exploring new ways to monetize the service and develop new revenues.

“In today’s market, radio broadcasters aren’t only competing with other stations but also all of the other music and entertainment choices — including online services — that are available to the audience. With Visual Radio, stations can gain a true competitive advantage by offering an experience that their listeners truly can’t get anywhere else,” said Johan Apel, president and CEO of ChyronHego. “By turning listeners into viewers with Visual Radio, Go Media is able to stay on top in a highly competitive radio market.”

About the Author: Allyson Patanella

This site uses Akismet to reduce spam. Learn how your comment data is processed.